Here’s the first of many reviews for the T.J.Maxx haul I blogged about a few days ago. First up are two items from Lisi Cosmetics.

LiSi is suspiciously similar to another bargain brand we all know and love(/hate): e.l.f.

They’re not related, as far as I can tell, but they have the same market, are at a similar price point, and sometimes have identical packaging. Just check their site. I think LiSi is taking some cues from e.l.f.

Under Cover FX Under Eyes Concealer in 01 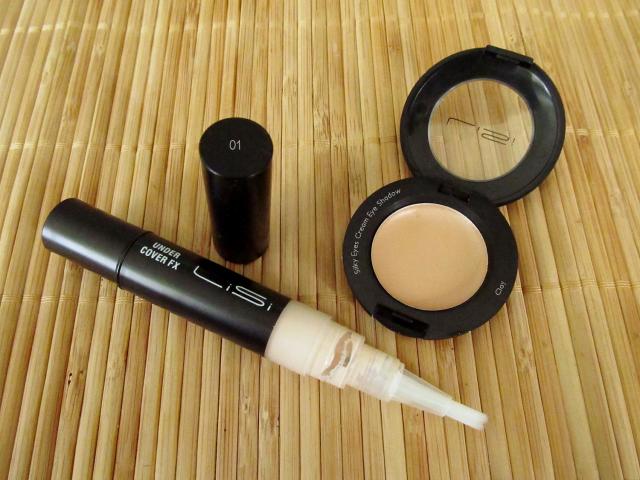 First off, let me say that I have dark under eye circles. This is not due to lack of sleep. That’s just how I look. Though I don’t consciously think much of my under eye circles, my preoccupation with purchasing concealers suggests otherwise. I’ve watch tutorials on YouTube and have twenty years experience wearing makeup under my belt, but that hasn’t helped me conceal them completely. In the end, I just slap something under my eyes and hope no one notices.

I guess I’m looking for a one-step solution.

The boxes for LiSi are black with white text. Simple and sleek.

Many of you will recognize this packaging. It’s none other than the packaging used by e.l.f. Studio’s Radiance Enhancer (which are excellent, by the way). 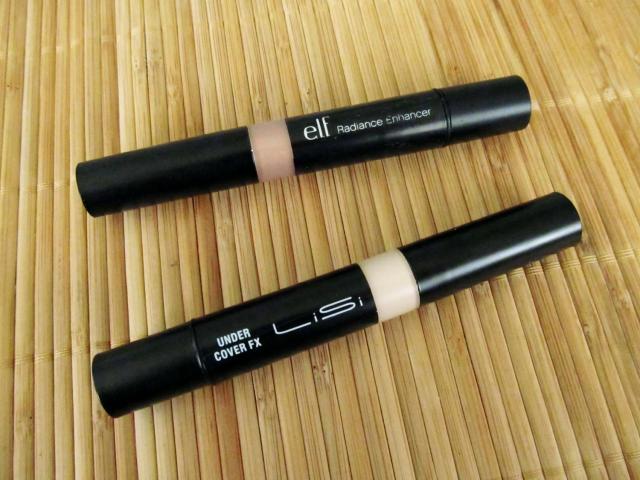 And like the Radiance Enhancers, the delivery system doesn’t make much sense for a concealer. It would be one thing if you dipped the brush into the concealer, but the product comes up through the middle of the brush. This doesn’t allow for good application. You still need to use a brush, foam wedge or fingers to blend the concealer into the skin.

It’s not necessarily bad packaging. It’s just not as convenient and useful as you would think.

The concealer contains green tea extracts as well as caffeine to keep puffiness in check.

The Under Cover FX has a creamy consistency that’s on the thick side for liquid concealers. You need to get the right amount applied, because if you use too much, it’s thick and very difficult to blend in to the skin.

I purchased the lightest shade, 01, which looks peachy in the tube but is kind of ashy when applied. With careful application, it’s not noticeable. It’s when I apply too much that I really noticed the ashy cast.

I’ve used both my ecoTOOLS concealer brush and fingers and found the brush works a little better.

I lightly dab the applicator brush around my under eye area. After blending the concealer with the ecoTOOLS concealer brush, I apply a light, second layer in the really bad part of my circles (it’s kind of like a mini trench). A little more blending and all finished. Definitely top with some sort of finishing powder.

When blended properly, I don’t see any circles under my glasses. Surprise! I’ve had this blog for like three or four years and I just realized that no one knows I wear glasses. At least I don’t think I’ve ever mentioned it before.

Since everything is blurred without my glasses, I don’t know how well the concealer looks on those who don’t wear glasses. I think it looks fine up close, but again, bad eyesight.

After considering everything, I think this is an excellent concealer at an excellent price point. I can definitely say the Under Cover FX lives up to its name and is one of the best concealers I’ve tried. 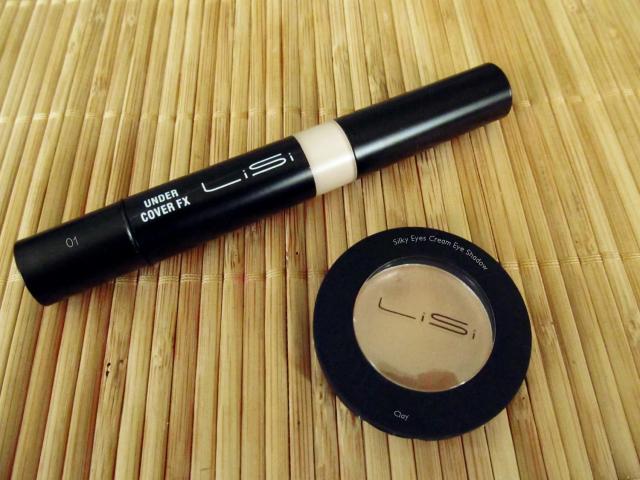 I only found two cream shadow shades at T.J.Maxx. The more common one was called Garnet and there was one out of its box so I got a good look at it. I didn’t think I could get away with wearing a plum, so I put that back and snatched the only Clay shadow I found. It was sealed, but the name sounded safe.

I only found out this was a cream shadow when I got home (my kids were going bonkers in T.J.Maxx and I didn’t have tons of time to scrutinize my options).

The Silky Eyes shadow is packaged in a little black compact with a rubbery finish and a clear window on top. The size is on the small side.

Cream shadows aren’t my favorite. They tend to be waxy and smudge off easily. This is also the case here.

The color is a warm, honey tan. Not really the shade I imagine when I hear the word “clay”. Honestly, I don’t think it’s a flattering color for most people. And why do I always play it safe and buy these boring colors? Then I’m disappointed and think “Oh, another boring beige…”

Like other cream shadows I’ve tried, the color payoff for Clay is poor. I got a decent enough swatch on my arm, but I don’t see anything once applied to my eyes. And it creases.

In a last ditch attempt to salvage the situation, I used it as a base/primer. This seems to work very well with only minor creasing.

Even if you are a fan of cream shadows, I would suggest you pass on this one. Maybe other colors in the line are better, but I insist Clay is a dud.

I’m intrigued by this company. I’ll be on the lookout for more LiSi products in the future at T.J.Maxx. I’ll probably order from the website at some point. I can’t tell if the 50% is ongoing or if it’s really a limited time promotion. LiSi has what appear to be a full line of vegan lipsticks. In nice shades, too! Not that orange-y crap.

As an aside, could cosmetics companies please refrain from putting “synthetic beeswax” on the label? Like most vegans, I read almost every label on the products I buy. I’ve trained myself to immediately spot words like honey, beeswax, lanolin, among others. It seriously freaks me out every time I see synthetic beeswax. Argh! I accidentally bought something with beeswax again—Oh wait. Synthetic beeswax. nvm I’ll calm down now…