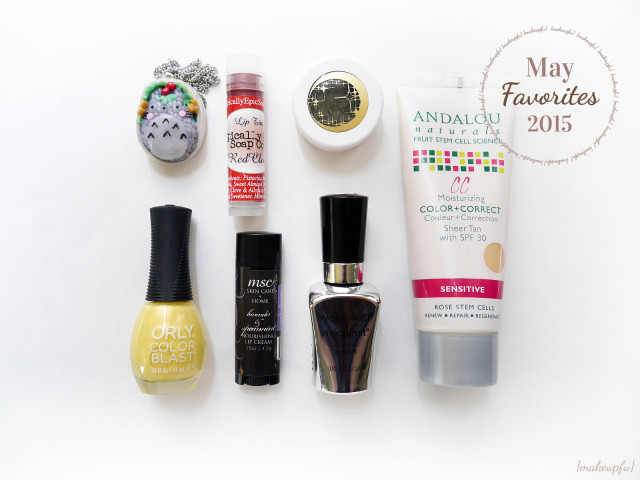 This post is super late, but I’m finally feeling up to finishing it. Life kind of got in the way. I had started a week or two ago, but got sidelined by illness that left me in bed for a week, my kids’ last week of school, and some other personal unpleasantness.

Wow, no e.l.f. favorites this time. For the month of May I’ve also included some non-makeup favorites. I haven’t worn a lot of cosmetics this month and purchased mostly nail polish, a product I don’t often wear. It felt like I had more duds than faves.

Cosmetics listed below are cruelty-free and vegan. 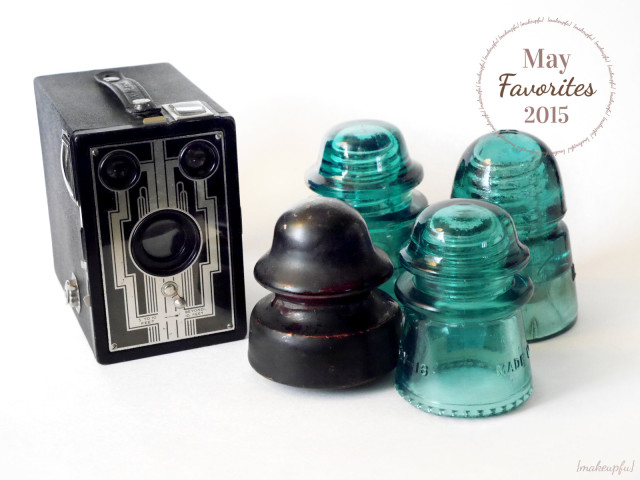 I’d looked at antique cameras earlier this year around when I was researching a new digital camera (ended up with a Panasonic Lumix GF6). I noticed some Kodak Brownie cameras but didn’t really look too closely at them. After seeing Brownies pop up in various photo shoots on Pinterest, I looked into purchasing one. I was really surprised to find that you can but a decent quality Brownie for about thirty dollars, shipping included, on eBay (always make sure to find a reputable seller). Compare that to a rainbow version Polaroid camera that will set you back about $45-$50, shipping included, no doubt due to the surging popularity of Instagram.

Anyhow, of all the Brownie models, I settled on this one because I liked the idea of an art deco design on an art deco era camera.

Where to Buy: N/A

I’ve recently discovered many talented polymer clay artists on Instagram. One artist had an adorable, one-of-a-kind Totoro bento charm she had just put up for sale on her Etsy shop, The Little Surpises. I thought it was so cute and feel fortunate I snagged it before someone else did! I also purchased a charm of a little Pikachu wearing a Totoro costume.

Recently I’ve worn this CC cream by Andalou more than any other. It has the right balance of a lightweight formula and enough coverage to even out my skin tone. This product was also listed on my March favorites list. 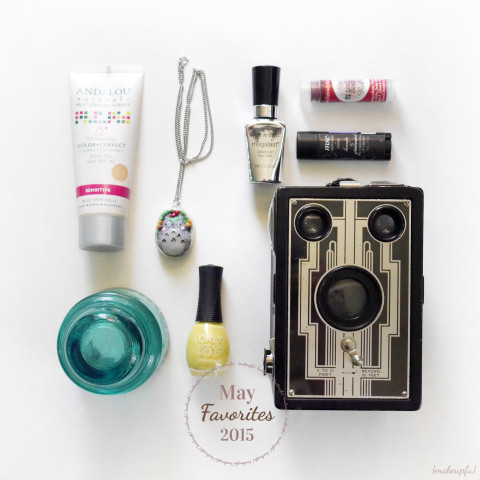 For the third month in a row, I’ve listed this eyeliner by Pacifica as one of my monthly favorites. I’ve pretty much been wearing it non-stop since I purchased it.

I received this lip balm in an earlier Petit Vour box but didn’t really use it until I found it amongst all of my lip products this month. I’m not really a fan of lavender, especially in face products, but I’ve been using it anyway because I don’t have many clear balms and needed something for night time. The formula is a good, medium hard wax that lasts long enough.

I finally found my missing Epically Epic lip tints! I’ve been missing a few shades for a while and I’m not sure why my red shades were in a box in the living room, but I’m glad to have them back. I wish I could have found them earlier before I swatched the other twelve colors for an upcoming review. Since I’ve been using very few color cosmetics lately, the dark, marsala Red Clove shade suits the natural look well.

And now that I’ve found Red Clove, I’ll need to replace it soon since it’s a little on the old side…

Where to Buy: Discontinued

Although it’s probably not a shade I will regularly wear, the red glitter really stands out in this unique yellow polish. The Elsa polishes were only available and not online. You can find which Walgreens stores carry the e.l.f. Disney Princess products here.

Price Tag: $2.99 USD
Where to Buy: In drugstores like Walgreens

Part of the California Dreaming Summer 2015 collection. I like this LE top coat because it creates a nice thick clear layer over glitter polish. It’s also rather quick drying.

What were your May favorites? Leery me know in the comments below! (Swype fail, but kinda funny.) 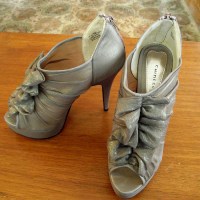