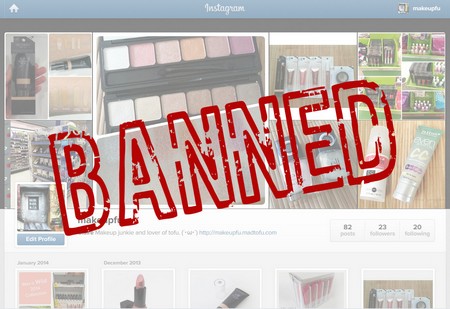 Just an update to alert my readers that I will no longer be updating my Instagram account @makeupfu.

I really didn’t want to create a new account—especially since I really liked the screen name. However, after a year of my account being blocked from hashtag feeds—though oddly not from location feeds—as well as being prevented from entering contests, I was fed up. Especially after leaning what has triggered the block.

To be fair, I’m not technically banned from Instagram. I can post photos and comments just fine. It is just after a certain point in time the photos stopped showing up in any Instagram hashtag feeds. As I mentioned, I spent literally a year trying to figure out what I did to get blocked. I never once received notification about my behaviour. Was it because I mentioned that I did reviews on vegan makeup in my bio and that was considered self-promoting? Did someone think I stole an image and reported me? Was it because I used a photo I had taken at Disney World with the words “Chinese Laundry” as my profile image and someone was offended? That would be odd because the Chinese Laundry shoe company has been around on Instagram for awhile, seemingly without incident. I had no clue and changing/deleting hashtags didn’t work either.

I recently learned about the Instagram banned hashtag list—something the company has never made public, I would point out. Nor do they ever clearly warn you that certain tags are verboten. After glancing at the list, I wondered if my tag #pocketrocket for the Urban Decay glosses of the same name was the culprit. But after a closer look at the banned list I knew exactly what had triggered the ban.

Are you ready for my shocking photo? Well here it is: 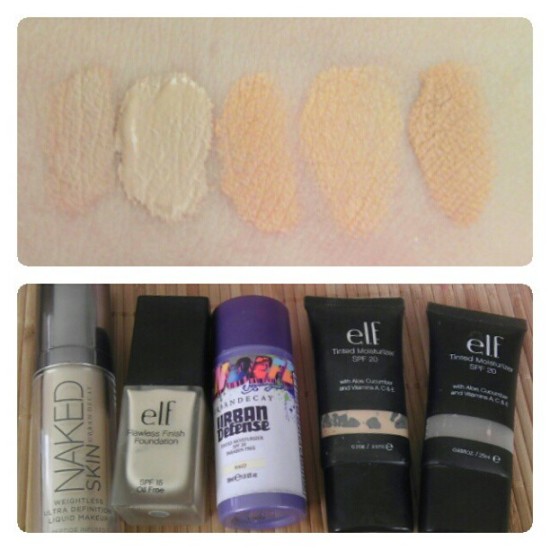 Disturbing, I know. Maybe I should have issued a NSFW warning beforehand…

The culprit was the hashtag #naked. I used it without even thinking because, well poop, every makeup company has something named “naked”. Urban Decay built a freaking line around the word. “Naked” is so commonplace in the makeup world that it never occurred to me that I could incur Instagram’s wrath by using it in a hashtag. It took me a year to work out that this was the offending term and I had checked every photo at least twice.

I don’t want to launch into some big anti-censorship post because I try to run a neutral makeup review site, but I will say that banning certain words on the Internet is just futile. I do understand the logic behind Instagram’s word ban, but it’s like a hydra. Take down one word and five will spring up in its place. Banning words also takes away the ability for comic irony. Like taking a photo of a bunch of large beach balls at a toy store and writing, “Hey, look at all my #balls!” Or taking a photo of a chicken and saying, “That’s my big #cock!” Using hashtags creatively is one reason why tumblr is so funny.

I also think it’s strange that Instagram solely uses hashtags to ban photos without considering the description or photo itself. I found an article discussing these very problems, along with the revelation that most photos sporting banned hashtags aren’t even explicit. What do you know, turns out a lot of them are used ironically. Even the #naked tag apparently results mostly in juice photos.

What makes the situation so frustrating is that there is zero way to get a response from Instagram. They do not respond. To anyone. Ever. And because I technically violated their TOS (even though they don’t publish their banned lists and users have to guess what might be offending terms), they refuse to assist me. So there’s no way for me to plead my case, beg forgiveness and promise I’ll be a good girl and never use a hashtag ironically ever again. My account is just done.

In all fairness, my account being blocked from all hashtag feeds appears to be a legitimate glitch and not some draconian measure by Instagram. I’ve investigated the matter as thoroughly as I can and discovered that when users post a photo with a banned hashtag, the system prevents that photo from appearing in any hashtag feed, as though it doesn’t exist. The system is not supposed to then start blocking all subsequent photos in a user’s stream. Considering that while my situation has occurred to a fair number of Instagram users, it is nothing compared to how many banned photos there are. But since #Instagram and #iPhone are on the banned list, it’s no surprise that there are so many average users who have inadvertently triggered this glitch.

For me, the whole experience has mostly led to frustration and annoyance. But I’m also relieved to know for certain what happened to my account. Now I can restart my Instagram life and be a more fully engaged participant.

If you wish to follow me on Instagram, my new account name is @makeupfoo. And I promise to use only the most generic, blandest of #instagram #hashtags so that this situation never happens again.