Technically it’s a Flashback Friday post because life got in the way of posting yesterday. I’ve wanted to write about today’s product for the past few weeks, but couldn’t get everything together until now.

The Target exclusive e.l.f. Beauty School collection of 2011 had a bunch of really interesting limited edition products, like the Cream Eyeshadow Collection mentioned in the last Throwback Thursday, but also including one of my favorite e.l.f. products, the Blush & Bronzer Palette. There were similar palettes offered by other beauty brands at the time, so e.l.f. joined in the party with their version. 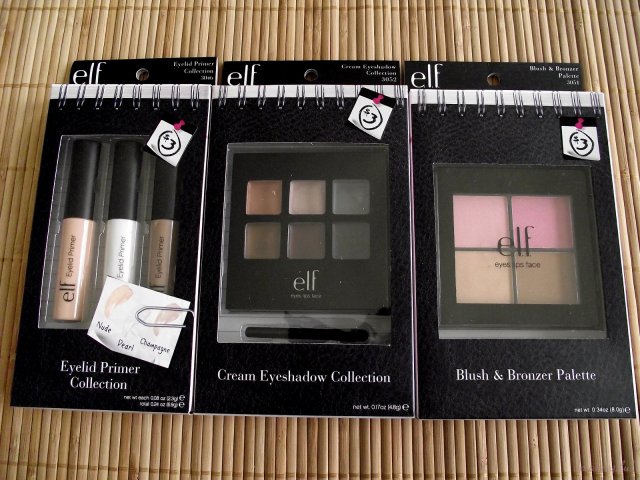 The e.l.f. Beauty School collection of 2011, found only at Target

There was only one version released of the Blush & Bronzer Palette, that includes two blush/bronzer sets, one lighter toned and one mid-toned.

Both blushes are cool-toned, with the darker fuchsia containing silver glitter. The shade looks similar to the blush in the Studio Contouring Blush & Bronzing Powder in Antiqua, although I don’t know how close they really are since I don’t own that duo. Overall, it applies light and sheer, despite the pronounced color in the pan. The light blush, with its shimmery finish, looks sort of like a lighter version of the Contouring Blush & Bronzing Powder in St. Lucia. It isn’t the best blush as it doesn’t show too well except on those with super fair skin. Even I have difficulty getting it to show up and I wear the lightest e.l.f. foundation shades. I suppose one could also use it as a highlighter.

Both bronzing shades are good for those on the lighter end of the spectrum. The lighter bronzing shade is great for those like me that have difficulty wearing bronzers as it is light enough to contour, but not look like we have something dark smeared all over our face. I just realized that the lighter shade could also be used as a highlight. It has a shimmer finish, while the darker bronzer is more of a matte to pearl finish, with some barely noticeable uber tiny, silver glitter flakes. I think mid to darker skin tones might have difficulty getting enough color payout from the darker bronzer, as I find it wearable with my light skin tone.

As with most e.l.f. powder products, if wasn’t long before the dreaded “pebbling” started to occur. It doesn’t affect performance, but it is an annoyance. 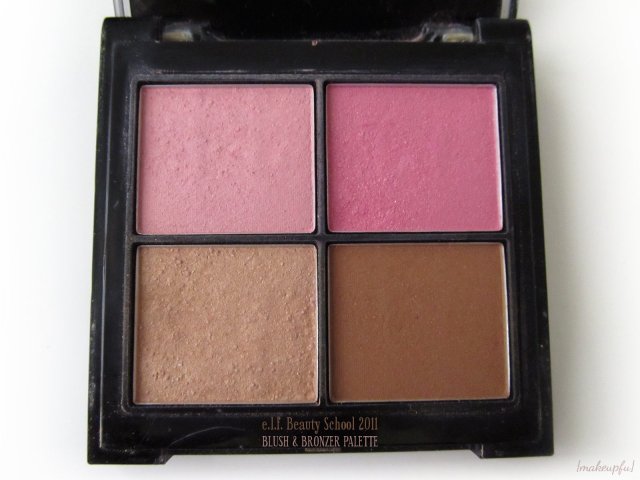 The quad was sort of a precursor to the blush and bronzers carried by the Studio line palettes today. Ultimately, e.l.f. would release the Studio Blush Palette, but it’s not quite the same as the Blush & Bronzing Palette since it focuses mostly on blushes, and is twice the price.

Overall, the LE Blush & Bronzer Palette was a great offering, not to mention a steal at $3. The only thing that would have made the palette better was if it came in other shade offerings. Some of us don’t look our best in cool-toned pinks.

The past few years I’ve hoped e.l.f. would bring back this small quad format, but so far the Blush & Bronzing Palette has been the only version. I would so love to see e.l.f. bring back the quad in the future, especially in additional shades.