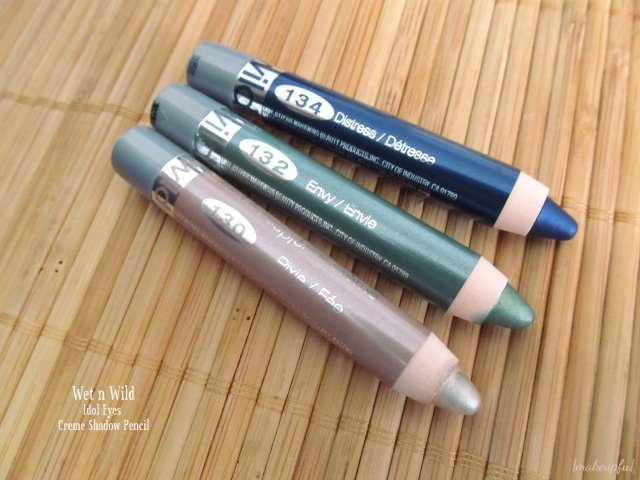 The Idol Eyes Creme Shadow Pencils receive a slightly docked rating for a severe lack of shades and creasing after an hour or so. I would love to see Wet n Wild expand the line, although I do not foresee that happening.

It’s a pity that WnW doesn’t take their eyeshadows as seriously as their lip and nail products. I think they have some great options already. They just need to expand them. I mean really, have you seen how many lines of lipstick they have? The MegaLast line alone has well over 20 shades.

These are creamy eyeshadows packaged in a pencil form. Each pencil is the same color of the shade and comes with a standard crystal plastic cap. The caps are kind of annoying because they are thin and split easily if pressed down too hard on the pencil. All of my plastic lids are cracked. The pencils are easily sharpened with any large-holed sharpener.

I initially thought the wording was misprinted on the pencils, but after taking a closer look it appears that the text “Creme Shadow Pencil” is supposed to dip around the words “Idol Eyes”. Still looks weird. 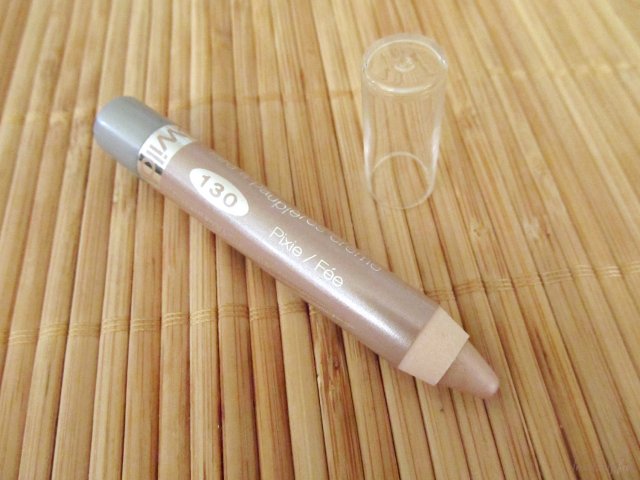 The pencil form makes the Idol Eyes pencils easy to apply to the places you want, not to mention travel-friendly. No spilled or broken eyeshadow all over your bag. They are also great for days when you want a little something on your lids but don’t want to fuss with lots of eyeshadows. 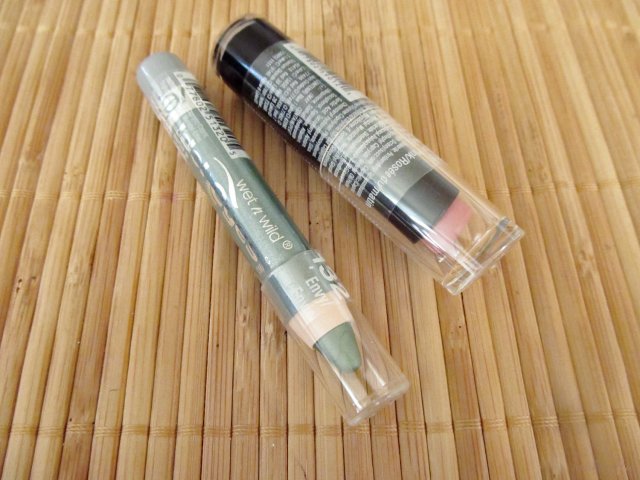 The color payoff is the Idol Eyes main selling point. All shades are shimmer/metallic and very pigmented. None of the shades I own have any glitter, but other colors may. They are very similar in consistency and formulation—though nowhere near as long-lasting—to the Urban Decay 24/7 Glide-On Shadow Pencils.

And unlike the e.l.f. Essential Jumbo Eyeshadow Sticks, these have a non-greasy formula.

The main problem is that the eyeshadow pencils will begin to crease after an hour or so. I tried several different vegan primers and found that the Wet n Wild Fergie Take on the Day Primer does the best job keeping them fresh, though I still had minor creasing after a while.

The shades are vivid and bright, but there is a severe overall lack of color options. There’s not even a true pink or beige. Pixie is as close as you get to either. It’s disappointing, but they don’t come close to the options of Urban Decay’s 24/7 Glide-On Shadow Pencils, or even the e.l.f. Essential Jumbo Eyeshadow Sticks.

Lack of shades is my number one complaint about this product. 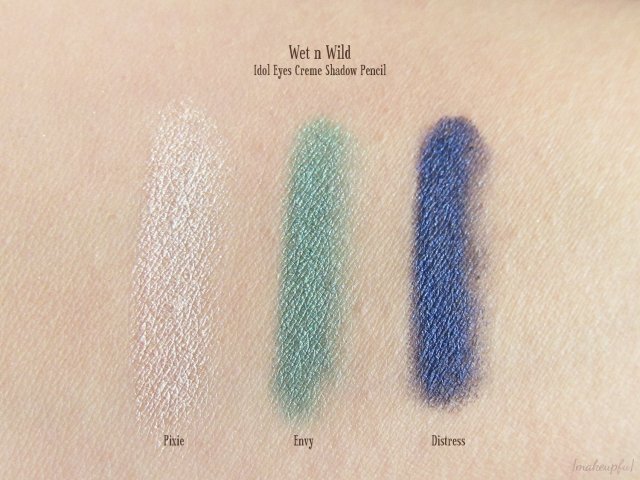 This is a pretty, neutral shade. It’s versatile and should work for a variety of skin tones, at least as a highlighter.

A bright, blue based green that’s close to teal. I’d love to see a similar, but yellow based green released at some point (not gonna happen). Envy best for those with cool undertones.

I was surprised that this shade is vegan. Blues tend to not be vegan, due to the addition of carmine, especially in deep blues like this one.

Unlike traditional powder deep blues that often rub down to a muddled dark color due to a black base, this eyeshadow pencil maintains beautiful pigmentation. But do take care not to work it too much or it will turn black anyway.

The great thing about the stick format is that you can use these as eyeshadows and/or as eyeliner. They layer easily as well. Just lightly smudge to blend.

Emphasis on lightly. Overworking them will make them lose pigmentation.

While the Idol Eyes Creme Eyeshadows don’t come anywhere close to the Urban Decay 24/7 Glide-On Shadow Pencils in terms of formulation and shade range, these little sticks are nonetheless a good economical option, especially for those looking to avoid Urban Decay.