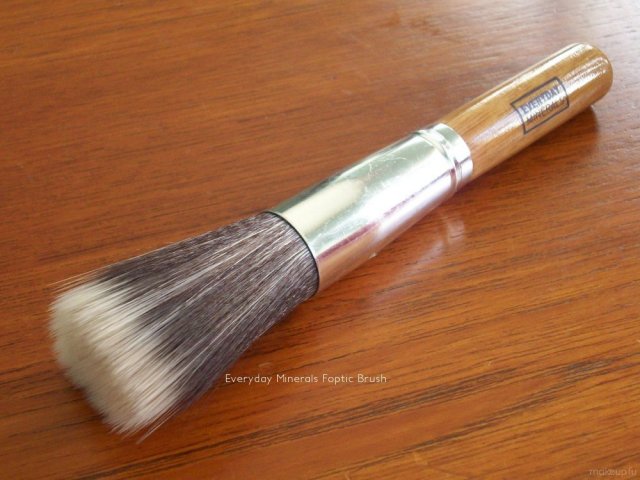 I was digging through some of my old blogging photos and found these images of the (short-lived) Skunkless Foptic Brush (SFB). This was Everyday Minerals take on the ever popular stippling brush. I remember everyone on the EDM forum—long since removed, in case you were curious—was really excited and looking forward to the brush. I also seem to recall a lot of build up and a delay to its release (not sure if I’m remembering correctly). It didn’t help when it turned out that this brush had some problems.

Unfortunately, it was nigh impossible to use. The bristles of the SFB were far too long and resulted in a pronounced floppiness. You couldn’t really blend with it. Some attempted to salvage the situation by securing the base with rubber bands to strengthen the bristles. I personally didn’t find this workaround helped much. 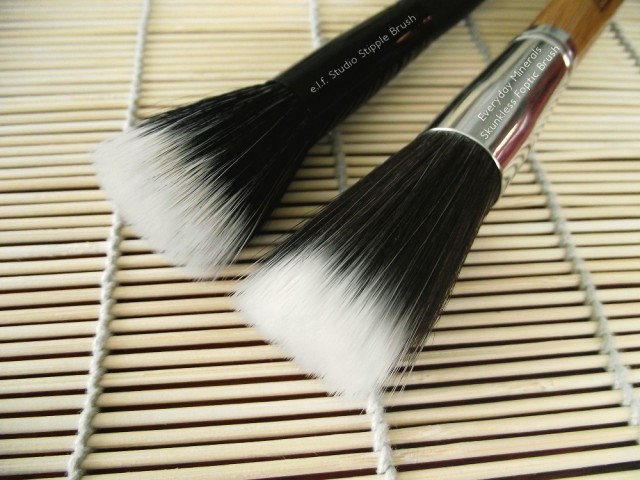 My Google research suggests that the brush retailed for $10. Looking back, that doesn’t seem like too bad of a deal, even with its problems. I ultimately traded my SFB in a swap for a bunch of EDM eyeshadows. I don’t regret swapping it as I almost never used the brush.

I think the SFB lasted only a few months before it was pulled forever from the site. EDM has since come out with the Blender Face Brush, as well as the Retractable Blender Face Brush. Hopefully these newer version work better than the Skunkless Foptic Brush.