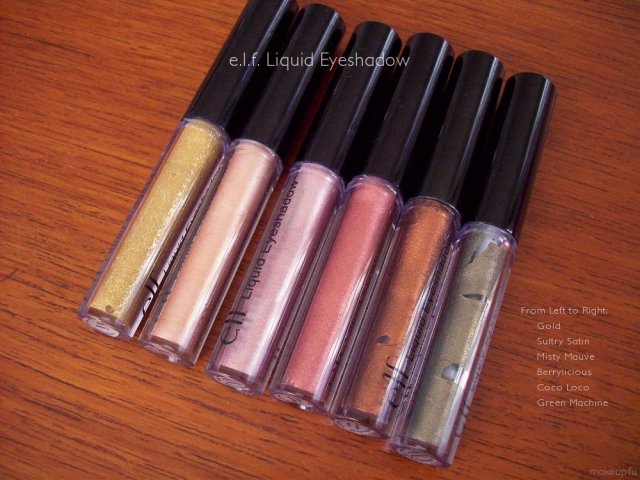 Yesterday I found a gallery of images for the e.l.f. Liquid Eyeshadow that I had all ready for a review years ago that I apparently never got around to writing before they were discontinued, and thought they would make a great subject for this week’s post. Unfortunately I do not have them in my possession anymore, so I’ll have to rely on the original photos.

The e.l.f. Liquid Eyeshadows were a terrible product that e.l.f. had the good sense to quickly axe from their line. Oh, if they could always have the sense to do this (I’m looking at you, Matte Nail Polish).

I first bought a three piece box set during the 2009 LE Target holiday promotion. I wasn’t thrilled with their performance, so I have no idea what possessed me to buy another three (singles) from Kmart. I guess it was the siren call of a dollar product. This was long before Target was regularly carrying e.l.f. and Kmart only stocked a small end cap display of what would later be known as the Essential line. Not only were they smaller than the average Essential line item, they also dried out quickly. Besides the six I purchased, there were three additional shades: Cream Dream, Sexy Silver, and Mocha Madness. 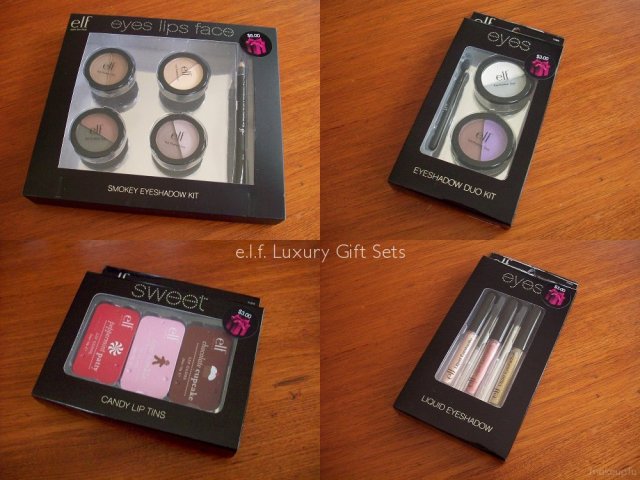 I was initially uber excited try the liquid shadows. This was shortly after I had first discovered e.l.f. and loved how they had fun experimental products. The traditional vegan makeup I had purchased up till then generally stuck to the basics like…eyeshadow and lipstick. Liquid eyeliner if you were lucky. I had tried a similar non-vegan product in the years before I was vegan and had high hopes for the e.l.f. version. 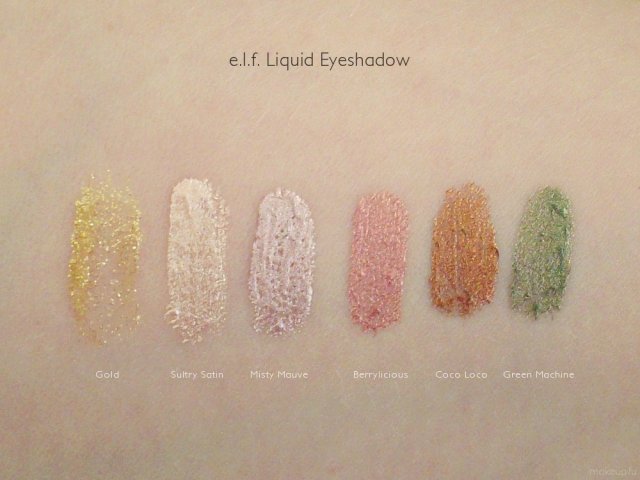 Unfortunately the Liquid Eyeshadows were terrible. While the colors were vibrant and swatched beautifully, applying them to your constantly moving/blinking eyelids brought patchy distribution and creasing galore. They were also such a pain to apply and felt really cold on the eyelid as it dried. I never did find a good application technique.

Sadly, the tale doesn’t end here. e.l.f. would ultimately revive the product as the Essential Primer Eyeshadow—a product I am convinced is worse than the original.

At least it didn’t take e.l.f. long to realize that this product was a dud.