Today’s Throwback Thursday post features the Garden Botanika eyeshadows. I found these two a few years ago at Ulta while they were being clearanced. I probably paid $3.99 or $4.99 for each shade. I had a hard drive crash several years and I lost the original photos so I’m guessing here.

I wish I had realized that Ulta sold Garden Botanika because there were some eyeshadow shades I really wanted to try. There were some gorgeous neutrals available in the line, but I ended up with two neutrals. I believe all of the eyeshadows were vegan. Unfortunately, only two or three shades remained by the time I found the eyeshadow. I think there may have been another shade and a pretty lip/cheek tint, if I recall, but were damaged/used. 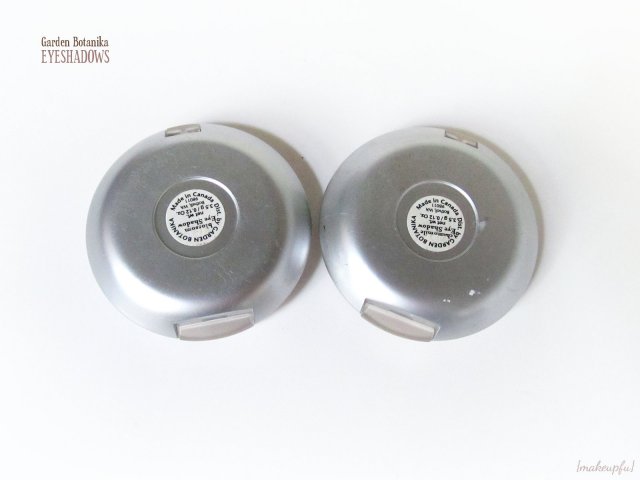 Bottom of the compact. Both labels are upside down (by design maybe?).

Both shades I own are matte and great for highlighting or using as a neutral all-over color. I use Chamomile more often, since it’s a warm undertoned yellowish beige. It is also very close to my skin tone, so it looks natural and is good to even out the color of my eyelids. Blossom is a pale lilac color that works okay for me, but is probably better suited for those with cool undertones.

One reason I’m disappointed that I missed out on the eyeshadows is because the formula is very good. They apply well and the formulation is very smooth. Not quite as creamy as some e.l.f. or Urban Decay shadows, but still good. Of course, I only have two light matte shades. I may have felt differently if I tried the shimmery shades. 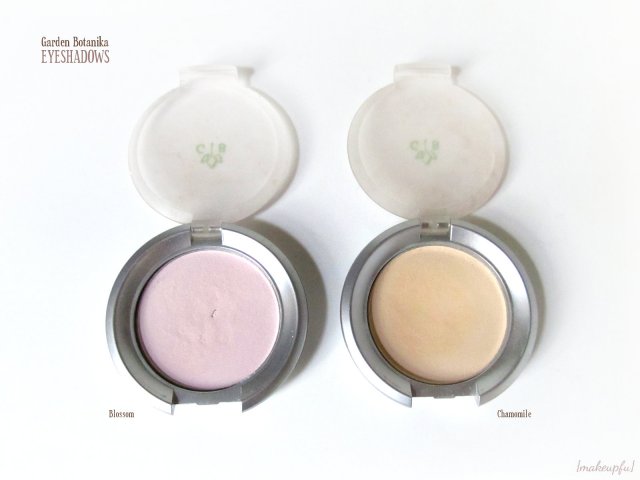 I intended to buy more eyeshadows through Garden Botanika directly, but never did. Sadly, the company no longer offers any eyeshadow products, though they still sell an eyeshadow primer.

I admit that I’m partial to Garden Botanika since it’s a Washington based company. Doesn’t hurt that they offer mostly vegan products. The company is now housed at Bothell, a city near where I grew up. I hadn’t realized until recently that they are based in the Northwest. Guess it explains why there was a Garden Botanika store in the Everett Mall. 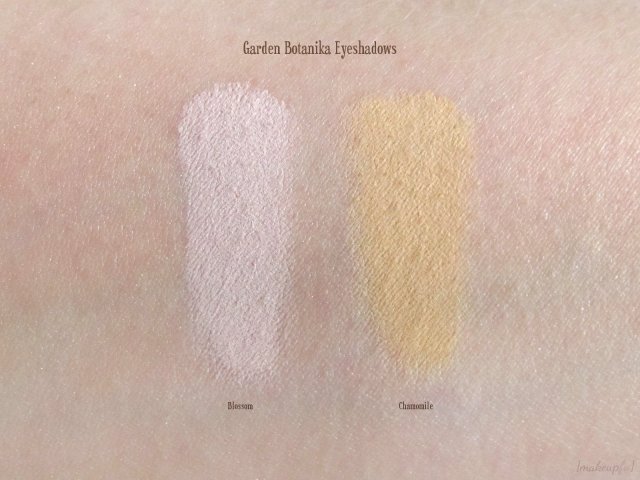 Swatches of Blossom and Chamomile. The latter is paler in person.

I found an interesting article written about Garden Botanika written back in 1998 by the Seattle Times that discusses the company’s rise and fall. Reading that article made me wonder how they’ve managed to stay in business as long as they have. I found it interesting hearing about the cosmetics industry, particularly the introduction of the natural cosmetics industry, in that time period. Give the article a read if you have time.

I hope you have enjoyed this week’s Throwback Thursday post!