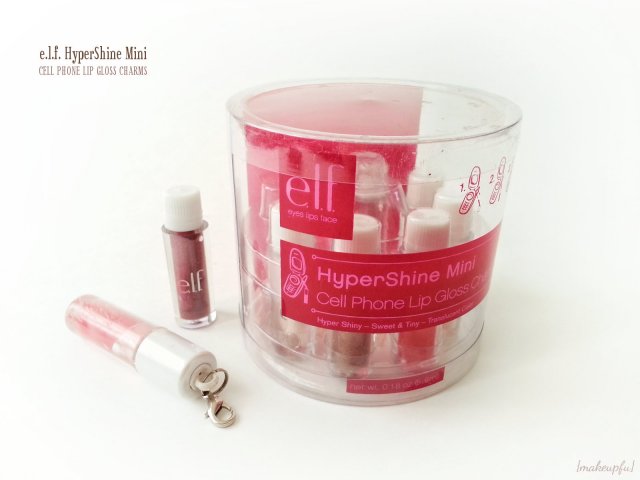 I purchased these cute little lip gloss charms when they were being discontinued quite a few years ago. I had completely forgotten about them after tucking them away in our (finished) attic amongst my art projects until recently, when I was looking for some beads and rediscovered them. 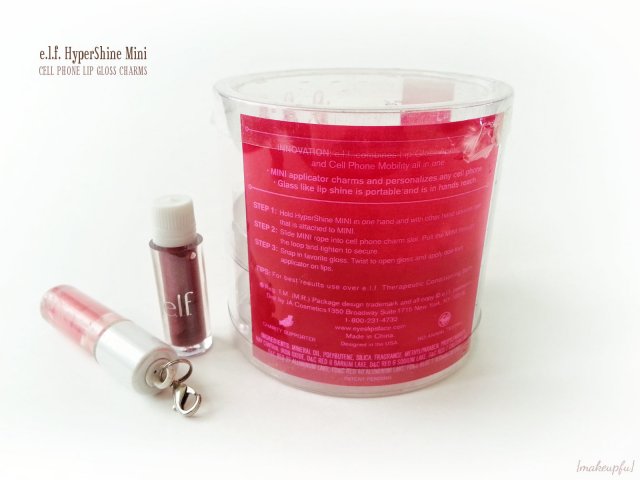 Back of the packaging.

The set includes eight mini (really mini) versions of the HyperShine Glosses with a little strap to attach one to a cell phone. This was back when phones often sported a tiny hole to attach charms, especially amongst Asian phone models since charms (called keitai straps) were super huge in Japan at the time. There’s even a Wikipedia entry about it.

This was back before everyone had an smart phone. iPhone doesn’t do phone straps, apparently (though there are adapters). 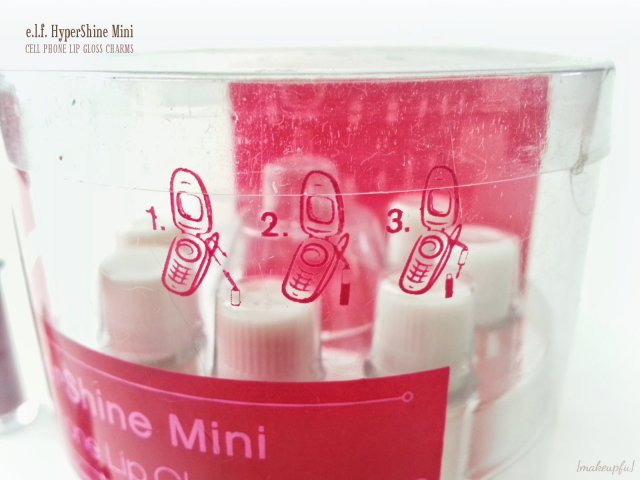 The pictures of the flip phones really date these lip gloss charms.

There is one cap with with a strap that can be popped off and attached to the desired lip gloss. Something must have happened to the strap, because I swapped it out with a split ring at some point.

These guys are super tiny; the vial measures about 1.5″ tall. Instead of the usual bristle brush applicator of the main Essential HyperShine Glosses, these charm glosses have a doe foot applicator. Between the small vial size and applicator, there’s not a whole of gloss in each tube. 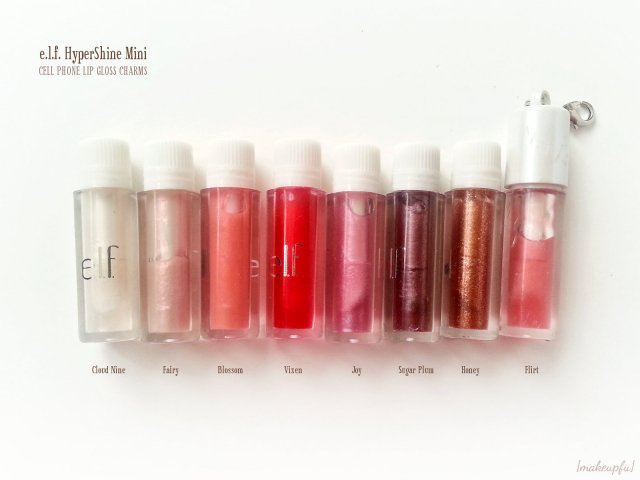 Even though I did use a couple of the glosses, I never did that often. Mostly because the original HyperShine formula was too sheer and overall I’ve never fully warmed up to them. Also, I switched to Android phones that don’t support phone charms. Still a cute idea.

You can stroll through memory lane in this Google image search to see more of the e.l.f. HyperShine Mini Cell Phone Lip Gloss Charms.