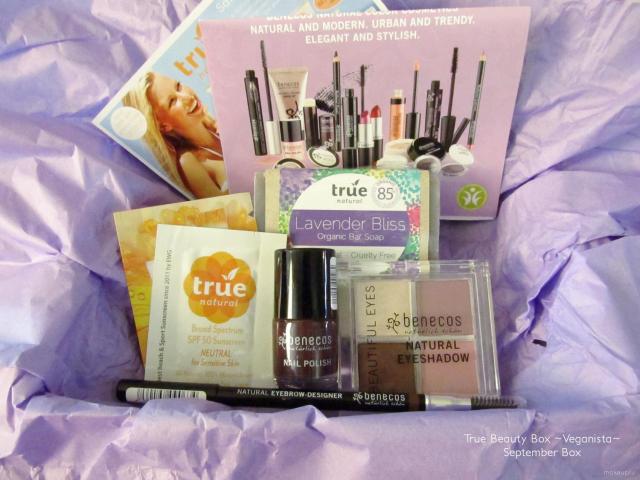 As I have mentioned earlier, True Beauty Box has switched over to a bi-monthly system. This is the first box I’ve received since the announcement.

So we’re back to the original white boxes. I’m not sure what happened to the specially printed new boxes, but that’s okay. I like these white boxes with the sleeve better. 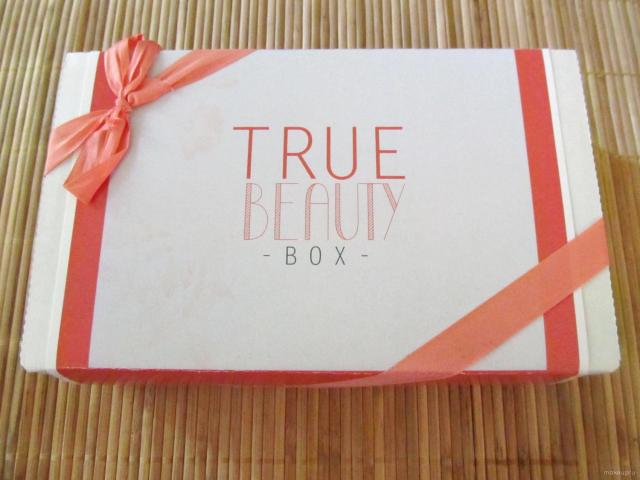 This time there wasn’t any krinkle kraft paper inside, only the items wrapped in lavender tissue paper. Along with the products and samples, there were two ad sheets for True Natural and benecos. As mentioned earlier, the TBB teaser said this month was inspired by the acai color.

I was both pleased and a little worried when I opened my box. This was a very good month (bi-month?) in terms of cosmetics and everything was new to me. What concerned me was that almost all of the full sized items have been included in previous boxes within the past year.

As mentioned earlier, this month’s theme was centered around the acai color. Everything was some shade of purple, with the exception of the Eyebrow-Designer.

I did not receive a printed card detailing this month’s products. I’m not sure if TBB ran out of cards before they reached my box or if there weren’t any to begin with. That would explain the teaser email.

I received four full size products this month, as well as two samples.

I was happy to receive the quad—due to my love of eyeshadow—but it also made me worry because it was in the March Veganista box.

The shadows have a good formulation and are very pigmented. The benecos website lists these colors as “[n]atural earth and berry shades”. I would call them lavender shades. 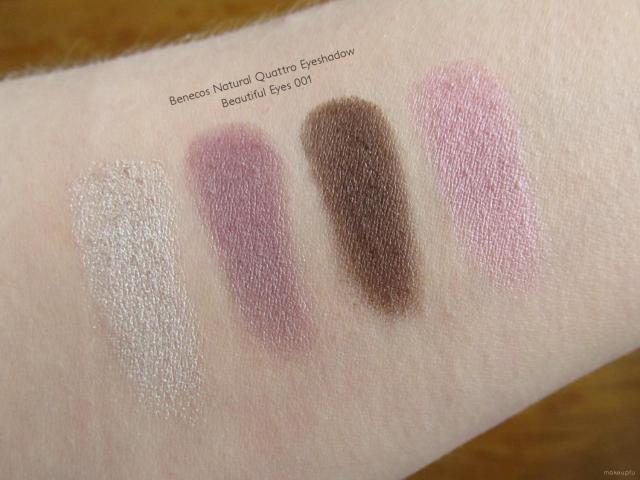 Swatches of the benecos Natural Quattro Eyeshadow in Beautiful Eyes 001

The four shades starting from the top left and moving clockwise around the palette: a silver with pink or lilac undertones, a lavender, a lilac, and a shade that is either a really dark, muddy purple or a chocolate brown with very strong purple undertones (I really can’t tell).

Purples and lilacs are difficult for me to wear, so sadly I won’t be visiting this palette too often.

This is a double-ended product with the pencil on one end and a spool on the other.

I like this product a lot, but the brown is a soft, warm brown and my brows are more on the light and ashy side. I think it would be flattering for most individuals between the light medium skin tones. benecos also carries a darker shade called Brown, but I think it would be nice to expand the line to include at least two more shades on either end of the spectrum.

This product was also in the March Veganista box, along with the benecos Quattro Eyeshadow.

The nail polish was my favorite item of this month’s box. Deep Plum really is a lovely color. 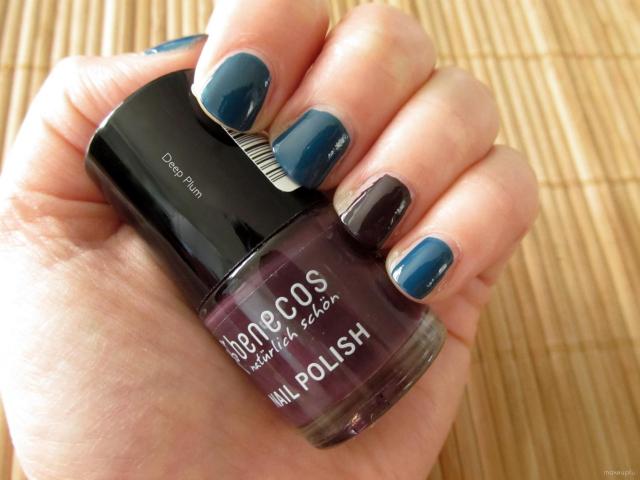 Even though I received a benecos polish in July’s box, this is the first time I’ve really given it a test drive. The polish held up well for two days without chipping before I removed it. Disclaimer: I do use China Glaze’s No-Chip Top Coat because of all the cooking and cleaning I do around the house which seriously abuses my hands.

Deep Plum has a previous appearance back in January. I’m not sure, but I think it was in the Flirt, not Veganista box.

The only full-sized non-benecos item this month. I have not yet tried it for reasons listed below.

I love bar soap sooo much. But my dry skin doesn’t.

This is soap is lavender scented, obviously, and 85% organic. To tell the truth, I’m not really a fan of lavender. Fortunately, I have others in my house that will use it. And we can always use it as hand soap at the sink as a last resort.

The lavender version of the soap hasn’t been included in any previous True Beauty Boxes, but many of the other varieties/scents have.

As with previous boxes, I have not tried the samples. I’m apparently hoarding them. Some day I’m going to photograph my little sample collection…

I received two sachets: Broad Spectrum SPF50 Sunscreen and the Mattifying Balancing Cream. Both are, of course, vegan.

This month’s total value came to $46.48 USD and that’s not shabby given the subscription is $30 USD/bimonthly. I really enjoyed the products even if some are tricky for me to use.

What concerns me most is the redundancy of the products as compared to previous boxes. If this continues, I will think about switching to another subscription service, but for now, I’m sticking with the TBB. 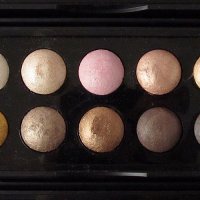